Ganesh is a 3rd generation entrepreneur and business professional with extensive experience in managing businesses and process in Sri Lanka, India and the UK. with his first training in the tea tasting and evaluation with Forbes and Walkers Sri Lanka. Ganesh worked in many capacities within the family business; Eswaran Brothers Exports (Pvt) Ltd. Which is one of the leading Ceylon tea exporters for last 5 decades. Currently he is the executive Chairman Eswaran Tea, and also undertaken key roles towards help improve the tea industry by way of working in the steering Committee for tea auction Automation and the Ceylon Tea Road map 2030 committee. Ganesh is also the Vise President of the Tea Exporters Association of Sri Lanka.

He was a Junior Management Consultant at Price Water House Coopers (Coopers and Lybrand) and head senior Management Consulting positions with IBM in the UK, Steria (France) and he also worked as Head of Finance in the National Health Services in UK, before re – joining the family business in 2011. He served in the capacity of Director General of the Saumyamoorthy Thondaman Foundation – a Sri Lanka Act of parliament Institution that works for the upliftment of the Tea Estate Worker community. He is a Fellow member of the Chartered Institute of Management Accountants, UK (FCMA) and holds a degree in Commerce from the University of Madras, India and a Amba from the University of Southern New Hampshire, USA.

Since Privatization of Plantations and the formation of Regional Plantation Companies Mr. Obeyesekere functioned as the Chief Executive Officer of two RPCs over a period of 25 years up to 2017.     He is a Fellow of the National Institute of Plantation Management in Sri Lanka and counts over 48 years experience in the Industry having commenced his career as a Management Trainee and then rising to the position of Chief Executive Officer.

He is a Board Member of Sri Lanka Tea Board, National Institute of Plantation Management, Ceylon Tea Museum, Plantation Human Development Trust and the Tea Smallholder Factories PLC of John Keells Group.

Currently he functions as the Secretary General of the Planters’ Association of Ceylon.

Mr. Bulumulla is a fellow member of the National Institute of Plantation Management (NIPM) and member of the Board of Study  of  the  Wayamba University ‘s External Degree Programme  on Plantation management.

He is also an honorary member of the Board Directors of the   Rubber Research and Development Board  and  currently hold the  position of the Chairman of the Planters Association of Ceylon.

Mr. S.P. Wijakumaran, who is representing the Lanka Jathika Estate Workers Union is currently performing as the National Organizer and Senior Administrative Secretary of the Union.

He was appointed as the Assistant Secretary of LJEWU from 2003 to 2014;  Regional Director of Uva Province; Assistant Secretary of National Trade Union Federation; Treasurer of The Power Foundation; President of Sri Lanka Security Services Union.  He also, served as the Private Secretary to late Hon. K. Velayudam (Member of Parliament and Member of Uva Provincial Council) from 1990 to 2013.

He was appointed as the Assistant Secretary (T/U) of Ministry of Plantation Industries and NHDA Housing Programme Co-ordinator of LJEWU from 2017 to 2019.

and from 2021 September Senior Administrative Secretary of LJEWU

Mr. Wijakumaran represented Sri Lanka as the worker delegate at the International Labour Conference held in Geneva in 2003 and 2016.

He holds Diplomas in Trade Union Workers Education and Curriculum Development and Diploma in Political Science and Social Mobilization. 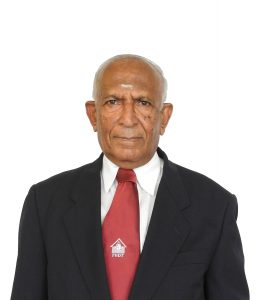 Mr. P. Sivarajah who represented the Ceylon Workers’ Congress as the Vice President since 2007.

He has involved with the plantation sector as a proprietary during the period 1960 to 1972.  In the year 1977, Mr. Sivarajah has served as the P.A. to the late Hon. S. Thondaman and subsequently he had been appointed as the Co-ordinating Secretary in 1984 to 1999.  He is also possessed top level working experience of the Organizations of LANLIB & NEMO as the Chairman during the period from2000 to 2003.

In 2002, Mr. Sivarajah was appointed as the Deputy Mayor in Municipal Council, Nuwara Eliya, up to 2007 and then he became as the Senior Co-ordinator of the Ministry of Estate Infrastructure. He has also served as the Private Secretary to Hon. Senthil Thondaman (Uva Provincial Council) in 2009.

Presently, he is a Board Director of Tea Research Institute. 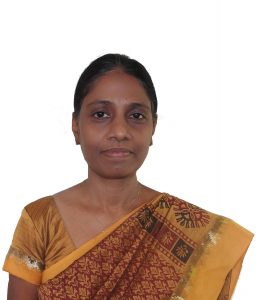 Dr. (Mrs.) Saseela Subaskaran is a Consultant Community Physician, currently working as the Acting Director of Estate and Urban Health Unit of Ministry of Health, Nutrition and Indigenous Medicine. Apart from her MBBS Medical Degree from University of Jaffna,  Dr. Subaskaran has Master and Doctor of Medicine Degrees from University of Colombo. She had completed overseas training for a period of two years in the Barts and The London School of Medicine and Dentistry of Queen Mary University of London in the United Kingdom.

He re-joined the Plantation Sector as the General Manager- Finance of Kahawatte Plantations Ltd. in 2002.

In 2005 he got first overseas posting as the Financial Controller of PT Agro Bukit Indonesia and later took up the key position of Head of Finance – Plantation Operations and Business Support for the entire Indonesian operation of Good Hope Asia Group, which consisted of six Oil Palm Plantation Companies.

Mr. Punchihewa joined Lankem Tea & Rubber Plantations (Pvt) Ltd.  (LT&RP) as Director/ Deputy CEO in April, 2011 and was appointed to as the CEO of Agarapatana Plantations Ltd. in April, 2014.

He joined Arpico Group as the Chief Financial Officer – Plantation Sector in August 2020 and promoted as the Acting Chief Executive Officer of Maskeliya Plantations PLC in February 2021 in the same Group, in addition to the post he was holding,

Mr. Johann Rodrigo counts more than 37 years in the plantation trade. Commencing as an Assistant Manager under JEDB, he is presently the Director /CEO of Horana Plantations.

He has attended the Indian Business School of Hyderabad for management, trained in Japan under JESTICA and by Save the Children in Thailand on Child protection in emergencies.

He was instrumental in rolling out the child policy in the plantations with Save the children Sri Lanka, and in the mother and child friendly Tea Estate concept. 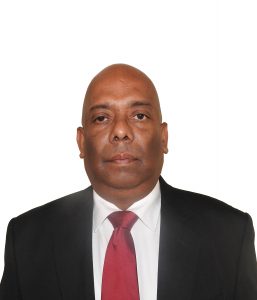 Mr. Shanaka D Samaradiwakara commenced his career in the private sector in 1989 concluding his secondary education at Royal College, Colombo 7 and joined the Plantation sector in 1992 with JEDB.

He is a senior planter with over 2 decades of experience, managing plantations and possesses a Diploma in Plantation Management and an MBA from Horizons University, France.

He possesses an extensive experience in the manufacture, Cultivation, Processing, Packaging, Warehousing & exporting key crops such as Tea, spices, & other export agricultural crops

Having joined Malwatte Valley Plantations in 2014, was appointed the Director, Chief Executive Officer on 01st August 2019.

Currently he is serving as the Deputy Chairman, Plantation Services group & Council Member of the Employers Federation of Ceylon.

Mr. Leelanath Wickrama Arachchi, a member of Sri Lanka Administrative Service, holder of Bachelor of Arts (Archaeology) (Hon.) from the University of Sri Jayewardenepura, MPA in Public Administration from the Australian National University, Australia, is the Director to the Plantation Management Monitoring Division, State Ministry of Company Estate Reforms, Tea & Rubber Estates Related Crops Cultivation and Factories Modernization and Tea and Rubber Export Promotion. He also serves on the Board of Director of New Villages Development Authority for Plantation Region (NEVIDA). 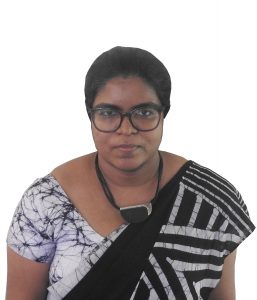 Ms. P.A.N. Abeysekara is a Deputy Director of Department of Fiscal Policy of the Ministry of Finance. At the Department, she is entrusted with the responsibility of performing duties pertaining to income tax, while also serving as a member of the Macro Fiscal Unit which conducts macro fiscal analysis and provides recommendations. She holds a Bachelor of Arts and a Master of Arts from the University of Kelaniya. In addition, she holds a Master of Financial Economics from the University of Colombo and a Master of Public Policy from the Australian National University, Australia.